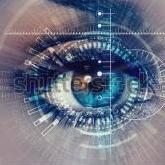 Vegetarian tonight: homemade Spanakopita (spinach pie) with baked sweet potato.  The preparation was long but it was worth the wait.

Tonight the family and I are having roasted chicken, carmelized rosemary potatoes with carrots well-oiled with olive oil. I wanted to add a green vegetable but tired out...lol. Maybe I'll throw in som