By hatcheckgirl,
August 2 in Secular News in the Mainstream Media

We know it’s becoming so obvious our weather has been changing, and every year it’s getting more severe in its effects. Take Italy this past week.   Last Wednesday the Lake Como area experie

Greece's week-long heatwave is its worst in 30 years.   In neighbouring Turkey, authorities are battling the country's worst-ever wildfires.   In Italy, hot winds fanned flames on 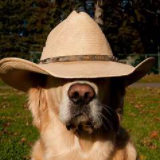 https://www.cnn.com/2021/08/22/middleeast/middle-east-climate-water-shortage-iran-urmia-intl/index.html The Middle East is running out of water, and parts of it are becoming uninhabitable