By WilliamChew,
September 30 in Encouragement for the Worldwide Brotherhood

quoting broter lett: !Dear friends, the coronavirus is not the worst trial to strike out at all mankind, and it won’t be the last. ●       We can expect things to deteriorate even further as the 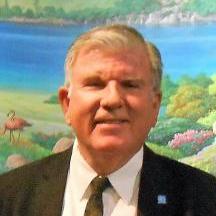 I know there are publishers who like "surprises" but I prefer as much advance information (even warning) as possible.  I need the focus, I need to be prepared and I need the expectation.  I am sorry i