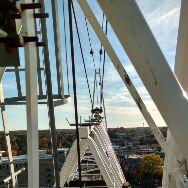 By Hammerhead
May 7, 2015 in General Discussion & Everyday Chit Chat