Where can I find a list of all members of the governing body throughout history ? 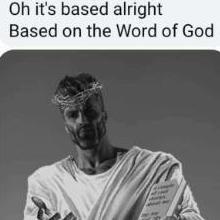 By Jwanon,
October 19 in Encouragement for the Worldwide Brotherhood