People Who Swear are More Likely to Be Intelligent, Study Shows 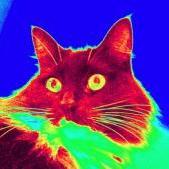 Who did the assessment? Satan?

obviously, my co-workers were omitted from the survey.

Sounds like my cat, I'm glad I can't understand what he is saying.