why should humans urinate and defecate?

As for 'sweating' THEM out????   How strong would deodorants have to be to mask THAT smell???   FAST food suddenly takes on a whole new meaning...as does the phrase 'working up a s 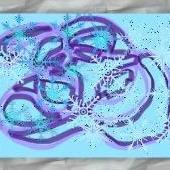 Actually a healthy stool frequency is a good indication of a person's health. It can determine if a person has a good amount of healthy or good bacteria in the gut - which is the brain or centre of ou