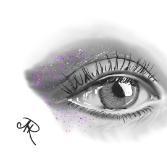 Good morning all ... just thought I'd share a very informative and positive movie about the use of God's name, the pronunciation and why his name was 'forgotten' and interestingly how some now are ack

A friend of mine who collaborates with the director of that documentary asked if I would be willing to translate it into Spanish. I never heard of the project again until I received a DVD with the mov

There is an inconsistency I noticed several years ago but no one else seemed to care, until the experts in this documentary confirmed it.   If you look up "Jehovah" in any encyclopedia or re