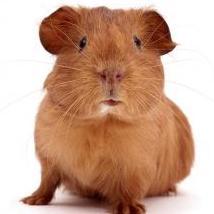 By Justin Bailey,
January 8, 2014 in Encouragement for the Worldwide Brotherhood

We lock topics that are over 365 days old, and the last reply made in this topic was 3014 days ago. If you want to discuss this subject, we prefer that you start a new topic.

The CD is on the way. I already have an advanced copy installed on my laptop.

The brothers that convert the Library to isilo (pdb) are a group in Switzerland. Since the material is copyrighted, they must get permission from the branch to do the conversion each year and pdb is t