By Sally
March 1, 2017 in Secular News in the Mainstream Media

Share
Followers 8
We lock topics that are over 365 days old, and the last reply made in this topic was 2146 days ago. If you want to discuss this subject, we prefer that you start a new topic.

The story is NOT about bestiality or about sex at all. That's reading into it something that the intended audience, children, would never think about. The story is about learning to love the inner per

I think these three comments really illustrate how much a mess this social or society topic is.     I watched a television show where one of the characters was making a distinction between " 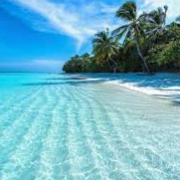