Share
Followers 10
We lock topics that are over 365 days old, and the last reply made in this topic was 1351 days ago. If you want to discuss this subject, we prefer that you start a new topic. 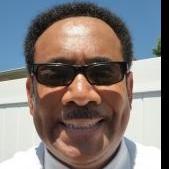 I think I want to include this for my family worship this week. It's sobering news that must be discussed in a family setting.

^^^This.   I've NEVER understood the attitude of those upset at elders because somehow, they're not the police.  If someone in the congregation molested my son, the elders could do what they