Share
Followers 9
We lock topics that are over 365 days old, and the last reply made in this topic was 1828 days ago. If you want to discuss this subject, we prefer that you start a new topic. 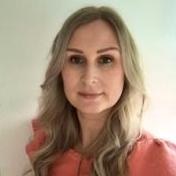 We have to keep preaching even though it will get worse...In Sweden, Gothenburg, 1st of september a brother in his 60-ies was cut with a knife in the face doing cart witnessing and the man shouted: "a

BTW my cart was flying in the air as well. Police and public assisted us greatly. One brother was punched in the stomach  In cases like this we have instructions to walk away from the carts

For the record, all references to the most likely apostate worldnewsmedia.org site have been removed. The clips I allowed to remain are from YouTube, and I'm guessing that channel belongs to the lunat